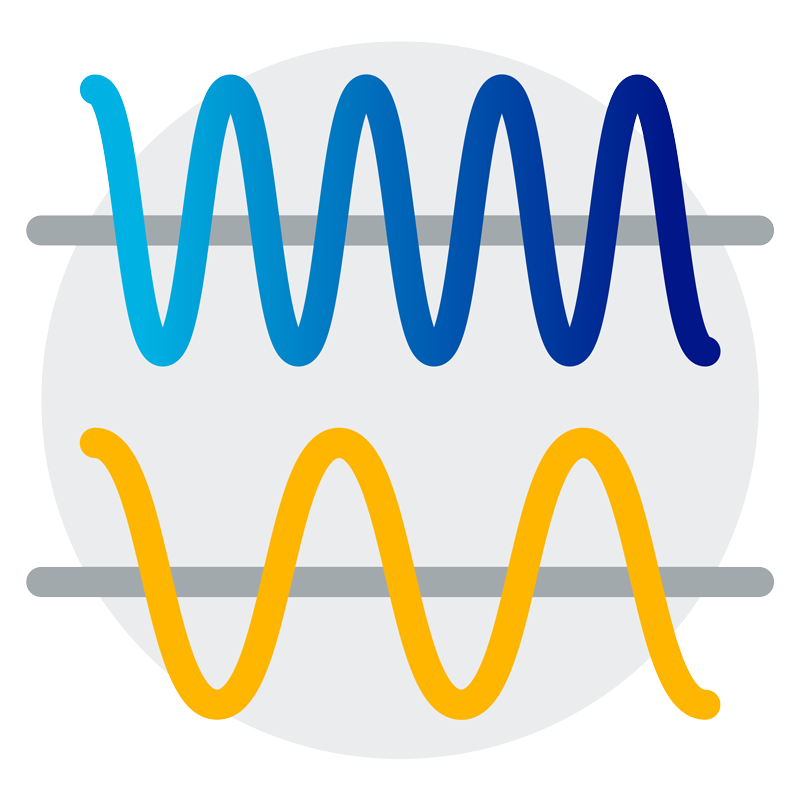 What is sound? Sounds are a type of energy made by vibrations. When any object vibrates, it chases movement in the air particles. The particles bump into particles close to them, making them vibrate too, causing them to bump into other air particles. This movement is called sound waves, and they keep going until they run out of energy. If you are within range of the vibrations, you’ll hear the sound!

All sound waves have frequencies, which is how fast it moves from high pressure to low pressure. The number of times it changes per second – cycles – is measured in hertz. When something has a low frequency, it moves between high and low slowly (think one cycle per second), and if it has a high frequency, it’s moving very quickly. Humans can typically hear things between 20 and 20,000 hertz. Something at 20 hertz is more of a deep rumble than a sound, and something at 20,000 hertz is very high pitched and hard to hear, like a mosquito!

Frequencies above 20,000 hertz are known as ultrasound. Dogs can hear sounds as high as 45,000 hertz – which is why your pup might be tilting his head to sounds imaginary sounds. Bats can hear at the highest frequencies of any mammal, using sonar for hunting insects in the night hearing frequencies up to 120,000 hertz. Frequencies below 20 hertz are known as infrasound. Elephants use infrasound to communicate because these low sounds can travel further, making it ideal for long distance communication!

All of our ears hear things differently, but one thing we know for sure is that everything sounds better coming out of an Element Sound Bar!